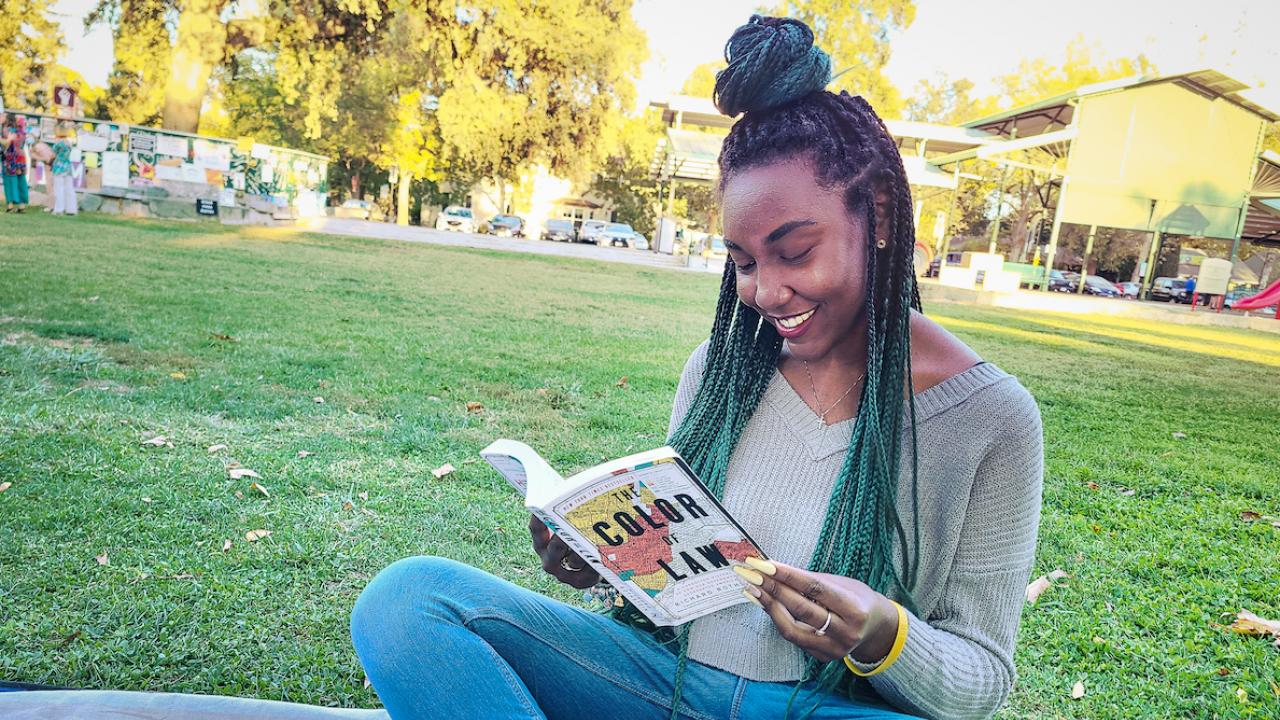 Learning How Our Neighborhoods Came To Be

We have created a caste system in this country, with African Americans kept exploited and geographically separate by racially explicit government policies. Although most of these policies are now off the books, they have never been remedied and their effects endure. -Richard Rothstein, p. XVII

One of the readings the Transformative Justice Studies cohort has read so far in Professor Orly Clergé’s Urban Society (SOC 143A) class is The Color of Law: A Forgotten History of How Our Government Segregated America by Richard Rothstein. It speaks to the injustice that has sparked nationwide protests for the past six months.

Rothstein highlights only one of the ways that racism is still systemically rooted in our society: the residential segregation that was both allowed by government on the local, state, and federal levels, and supported by government policies. Redlining was used on maps created by the Federal Housing Administration in the 1930s to identify neighborhoods that were “hazardous” and risky for mortgage loans, making it difficult for people living in poor neighborhoods, mostly people of color, to buy their homes. Although redlining was banned by the federal Fair Housing Act in 1968, its economic impacts have continued. 3 out of 4 neighborhoods “redlined” on government maps 80 years ago continuing to struggle economically.

Because of this level of reach, we still see this residential segregation throughout the country. The forcing of Black Americans out of largely white areas and into impoverished areas was rooted in the idea that Black people are inherently inferior and did not have the right to live in the same houses and attend the same schools as white Americans.

Reading this as someone who was born and raised in South Central Los Angeles, it really put into perspective for me how deep injustice lies. Living areas determine the quality of schooling a person receives, which in turn determines the level or resources and opportunities a person is exposed to.

If students are not exposed to the tools and resources to succeed, then that possibility is hindered, perpetuating a generational cycle of remaining in worse-off neighborhoods with poor education systems.

Redlining and Our Own Neighborhoods

When asked how she felt reading the book, my cohort peer Andrea Medina-Castellanos echoes similar sentiments as me since she grew up in Oakland. “When we first learned about redlining in high school, our teacher made us mark where we lived on an Oakland map. Then he put a map of redlining over it, and most of us lived in redlined neighborhoods. We were all surprised that policies from years ago impacted our living situation. I got a better understanding of why a city close to me is segregated until this day. I felt frustrated because the government was responsible for some of the disparities happening.”

A focus in all of our Transformative Justice Studies classes is the concept of the pedagogical stances developed by Dr. Maisha T. Winn:  history, race, justice, and language all matter. From an educational perspective, we are learning how all of these frameworks have a role in students' lives, and that they should be looked at for developing an equitable educational experience.

Since high school, I have had an appreciation for history because I like to know how things have developed into the way I experience them in a contemporary mindset.  History matters because it can be a tool for determining how to move forward by looking at what has worked and has not worked in the past. By Rothstein taking this dive into the history of racial segregation, my peers and I were able to see how these policies from long before some of our parents were born are still having an effect on us in 2020.

Kyerah Kyles is majoring Community and Regional Development (Policy, Planning, and Social Services) and African American and African Studies. She is a first generation student, peer mentor for incoming African Diaspora students, and has had internships with Dear Athletes and KPMG. A member of the inaugural Quarter at Aggie Square cohort, she is chronicling the experience for future students.

Building Connections: A Year of Growth

Learning at the Heart of the Issues